The discovery of a wildlife crime scene is becoming all too familiar within conservation management and the escalating poaching of particularly Rhinos is a reality the Southern Cape Region is having to face. To this end, Gondwana Game Reserve through their Gondwana Conservation Foundation together with the Game Rangers Association of Africa presented a training course on Wildlife Crime Scene Investigation from the 3rd to the 5th of May 2016. Regional role players were invited to attend and work towards achieving the following outcomes:

Participants included Gondwana Game Reserve, Game Rangers Association of Africa, CapeNature, the Department of Agriculture, Garden Route Game Lodge, SAPS, Robberg Veterinary Clinic and Eastern Cape Parks and Tourism Agency and all contributed towards the success of the course and the subsequent workshop. Relationships were built and lines of communication established to facilitate intelligence gathering and the appropriate dissemination of that information. Perhaps most importantly, a clear understanding of the responsibilities of the first responder to a wildlife crime scene emerged as well as the steps necessary to secure it.

This course was an important first step in better preparing the region to manage what would be a worst case scenario, a Rhino poaching incident. Measures are being drawn up to allow for ongoing collaboration to work towards not only the competent and appropriate management of a wildlife crime scene, but also the prevention of wildlife crime to begin with. Throughout the course, opportunities presented themselves for discussion and debate and to have access to this elite group of decision makers was well used by the reserves represented.

The real benefit to the region will be the men and women on the ground who are confident in their roles and responsibilities and competently react to the challenges facing us. Thanks again to the Gondwana Conservation Foundation and the Game Rangers Association of Africa for investing in our region, our people and our wildlife heritage.
The participants congregate after the lesson for food but more importantly, discussion as is evidenced below.

Thanks to all involved for sharing your knowledge and skills. Never before has the Southern Cape being better prepare to face wildlife crime! 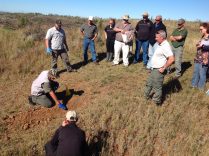 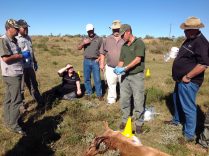 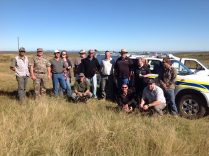 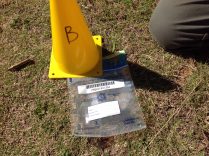 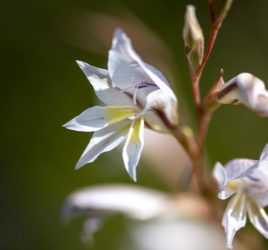