Gondwana Game Reserve is fortunate to have an abundance of beautiful flowers which guests can see while exploring the reserve.  Some of the flowers that stand out are the Gladioli, of which 14 different species have been identified. Gladiolus means “sward like” and refers to the shape of the leaves although this family is usually recognised by their bold flowers. 5 of our Gladioli species have conservation status and are listed on the IUCN’s Red-Data list. Plan your trips around spotting these rare beauties (and the others!) by checking out the flowering seasons below.

Gladiolus engysiphon (white and pink) and Gladiolus emiliae (Red and yellow). Both are high value sightings and are listed as “Vulnerable” and “Near Threatened” respectively. 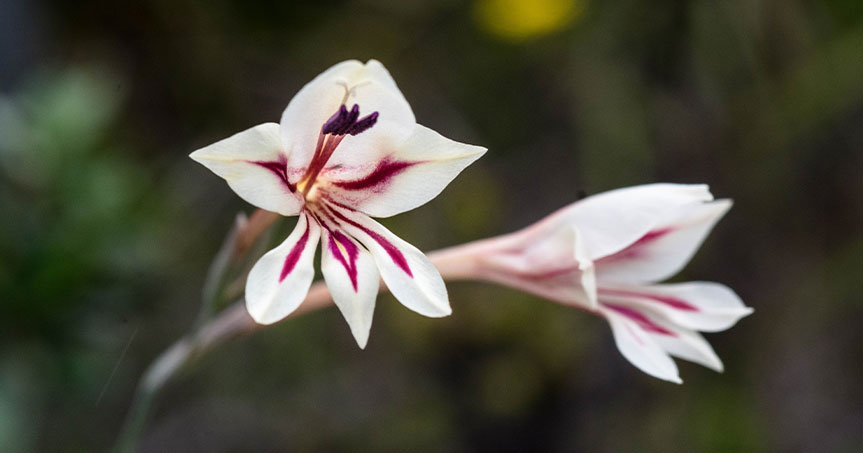 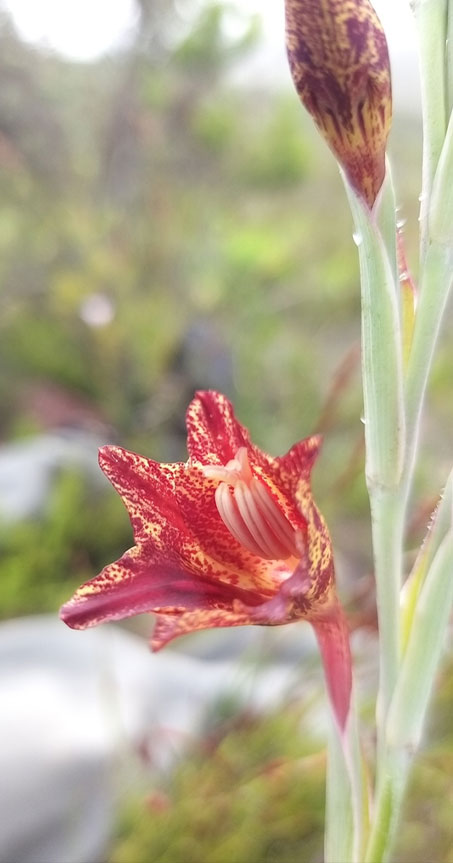 Be on the lookout for Gladiolus roseovenosus. This spectacular gladiolus is listed as “Critically Endangered” and a highlight to find in our valleys. 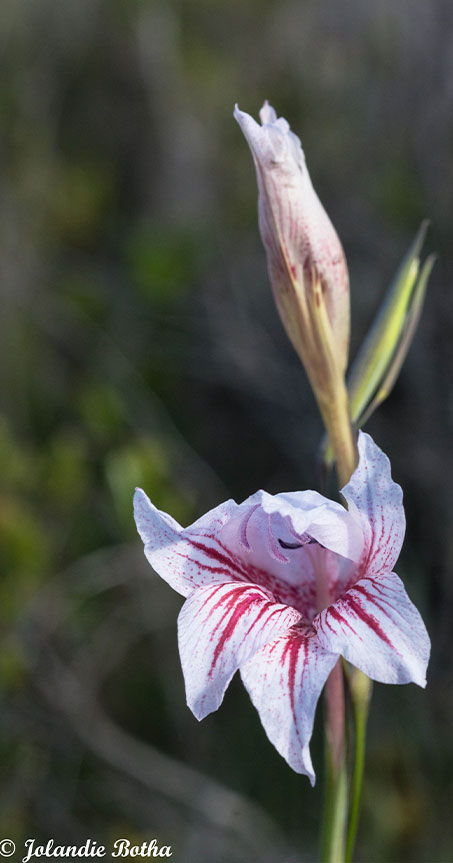 If you spend time at our EcoCamp in June, you might just get to see the Gladiolus vaginatus also known as the white gladiolus, listed as “Vulnerable” and a real beauty. 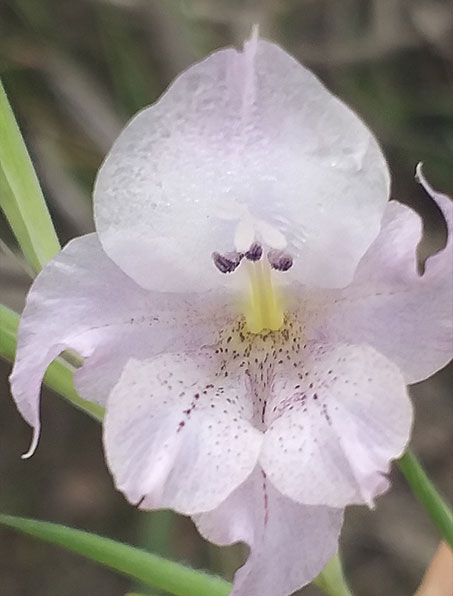 The Gladiolus mutabilis also known as “Brownies” can be seen along the main roads and top plains of the reserve in July. 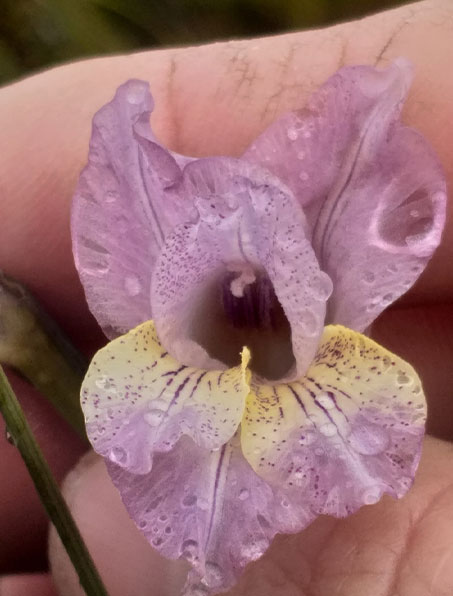 Gladiolus grandiflorus is another prominent gladiolus, usually seen along our main roads and down towards the Nauga Valley.  Their large white flowers often seem too heavy for them. 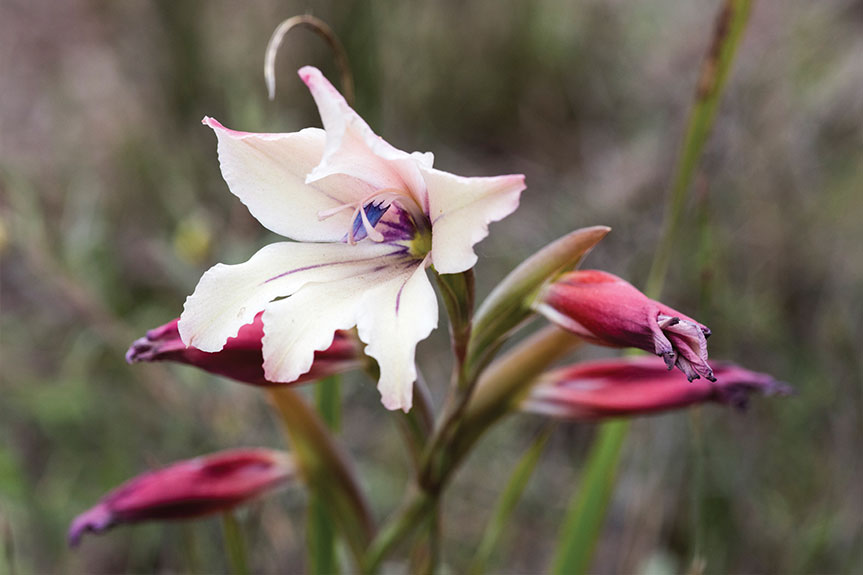 Springtime welcomes multiple gladioli.  G. grandifloras is still in flower but joined by the very common Gladiolus stellatus.  Their star-shaped white to purple flowers make them very appealing.  If you find yourself in the Nauga valley, you might also see the unique Gladiolus veriscens, also known as the green kalkoentjie. 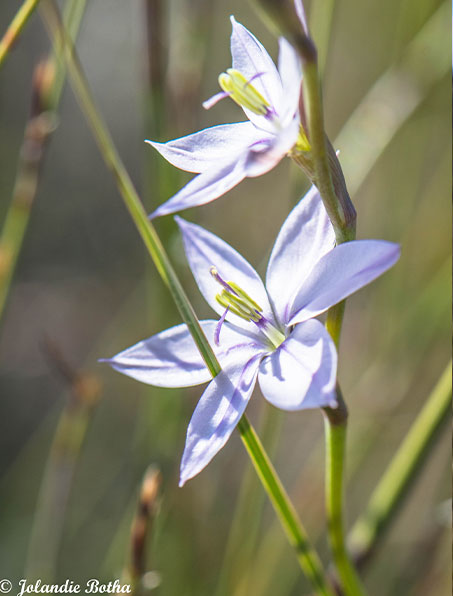 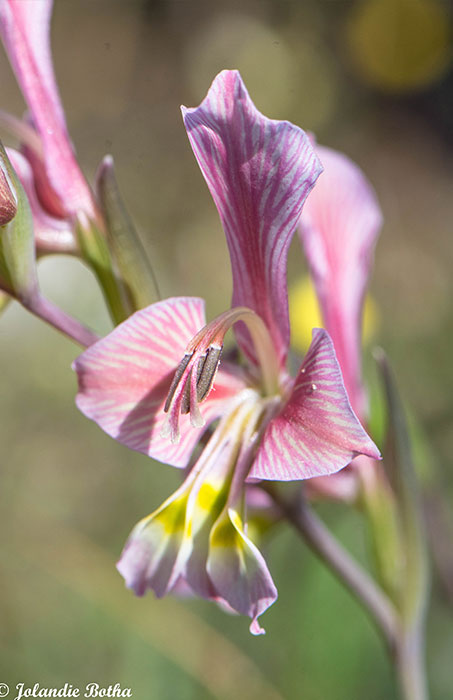 If you are in a wetter area of the reserve keep your eyes open for the Marsh Afrikaner, Gladiolus trisits. 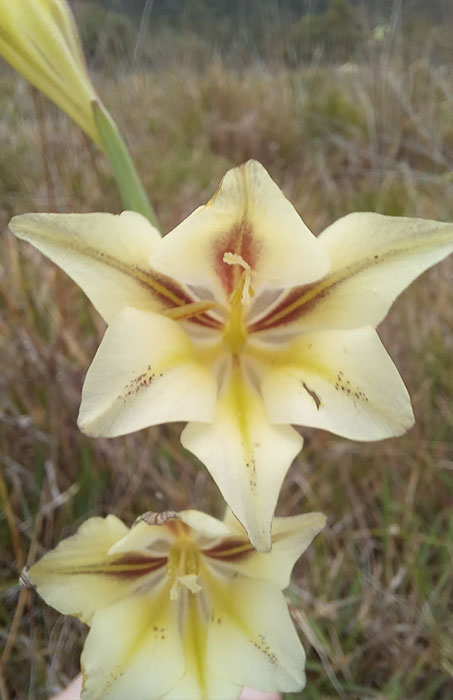 Other Springtime gladioli include the “Near Threatened” G. teretifolius, as well as G. rogersii and G. involutus 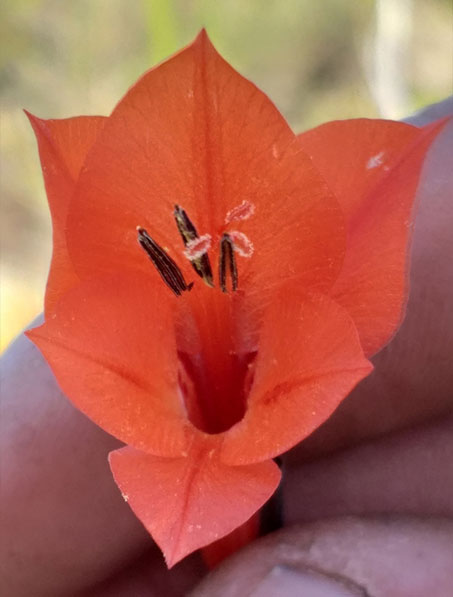 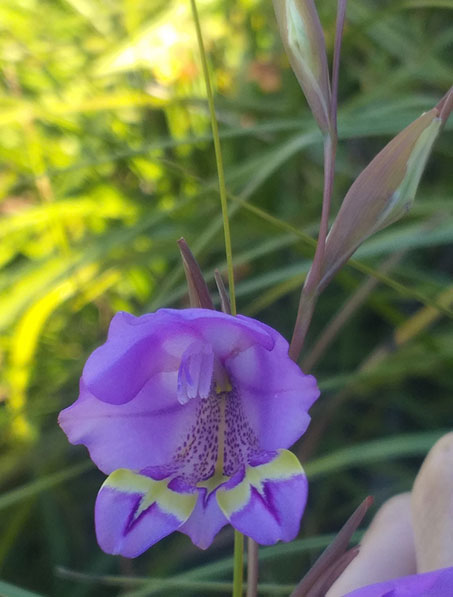 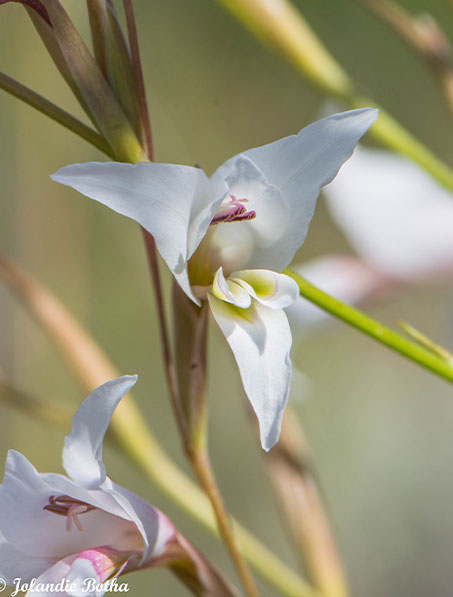 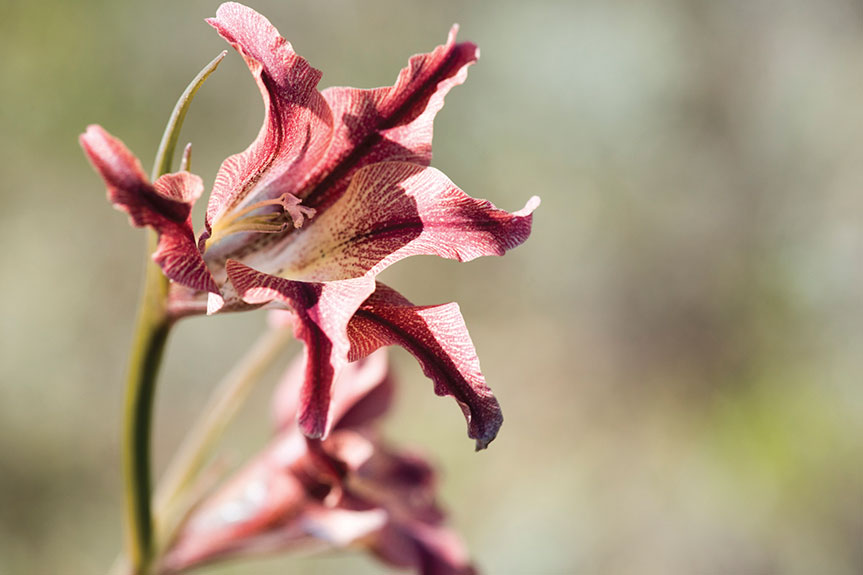 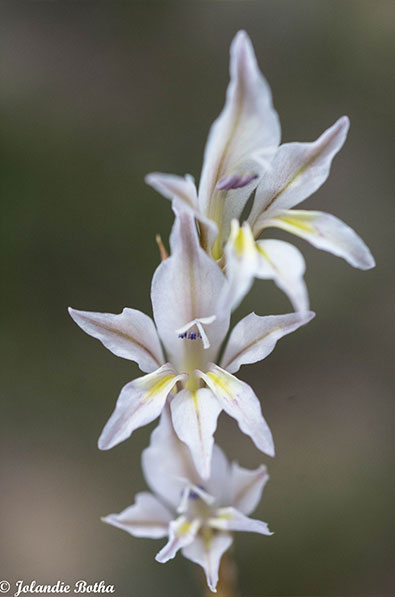 in All GCF News / Promotion of Fynbos 0 comments
Share 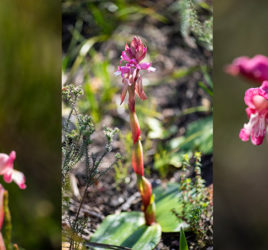